Fondation Philou holds several fundraising events each year to raise funds and rally various communities to the cause.

For the 2nd edition of this activity, the PHILOUthropes Youth Committee invites you, with your family and friends, to raise funds all summer long in preparation of an ascent of Mount Royal on September 18 alongside severely disabled children frequenting Centre Philou and their families. Every day, parents of severely disabled children have mountains to climb. It’s now your turn to reach new heights and show them your support! 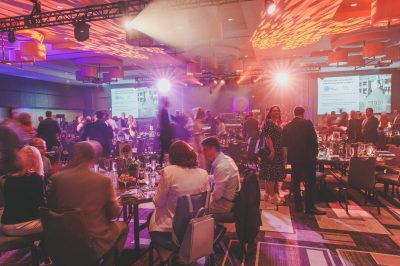 After reinventing itself for its last two editions by offering innovative formulas, PhilouCity was back to an in-person event on June 3rd, 2022 under the theme Faire d’une pierre deux coups. This event, under the honorary presidency of Ms. Maria Della Posta, President Pratt & Whitney Canada, brought together 480 people that enjoyed a menu from five hotel chefs, a performance by Florence K and a surprise guest appearance by Kim Thuy. This fundraiser brought in a record amount of $441,000. 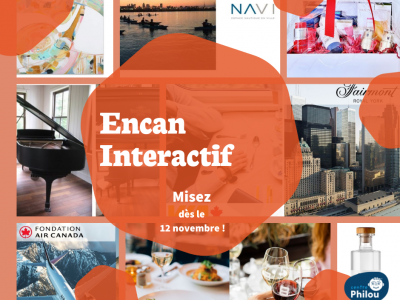 For the 2nd edition of its interactive auction, Fondation Philou was able to count on the support of many partners to offer more than a hundred unique and diverse items. Travel, leisure activities, gastronomy, wine and spirits, health and wellness, fashion, there was something for every taste and every budget! A record amount of $59,385 was raised during this event. 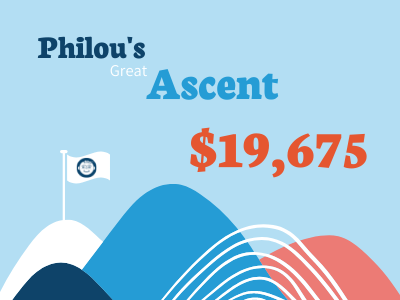 An initiative of the PHILOUthropes Youth Committee, Philou’s Great Ascent invited Quebecers to climb 3 mountains between July 13 and October 2 and to collect funds for the cause. The first edition of this event raised $19,675. 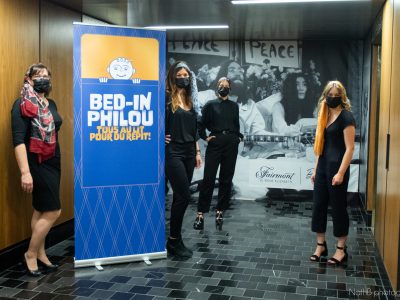 On May 28, 2021, the Bed-In Philou brought together 250 guests at Fairmont The Queen Elizabeth and raised $250,000 to support severely disabled children and their families. Guests enjoyed an overnight stay at the hotel, a gourmet meal and breakfast served in their room and and participative jam session. 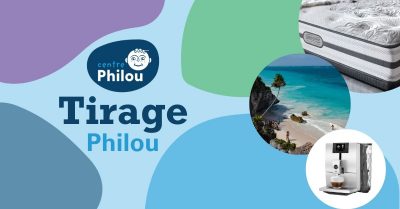 In 2021, Philou’s Charity Raffle opened to the public for the first time. Participants had a chance to win one of three prizes generously donated by our partners: a Beautyrest Black Napa mattress set, a pair of airplane tickets form Air Canada and a Jura coffee machine. This event raised $21,000 for the cause.

For the first time, our annual interactive auction, opened to the public, was held separately from PhilouCity. The event was thus launched in November 2020. Participants were able to bid on nearly a hundred items, which made it possible to raise $46,000 for Fondation Philou. 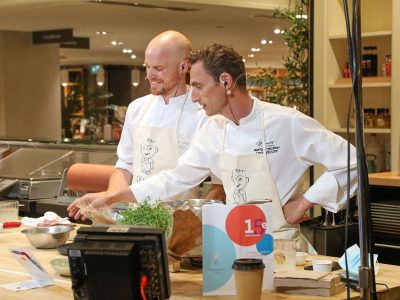 In the midst of the COVID-19 pandemic and for the 15th anniversary of Centre Philou, PhilouCity reinvented itself as an interactive culinary experience. After receiving a ready-to-party box, participants followed the live instructions of Baptiste Peupion, Executive Chef and Food and Beverage Director of Fairmont The Queen Elizabeth, and enjoyed a gourmet meal in the comfort of their own home. This event brought together 240 people and raised $145,000. 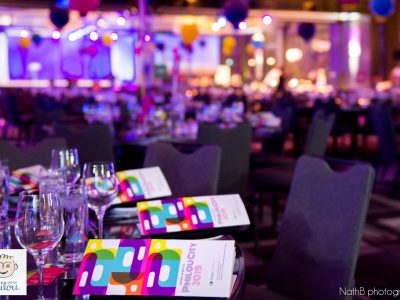 Under the theme POP: a bubbly evening, 500 guests gathered at Fairmont The Queen Elizabeth on June 14, 2019, for our annual fundraising event. For the occasion, 6 Chefs from the Fairmont and Sofitel hotels prepared a delicious gourmet menu. This event raised $350,000. 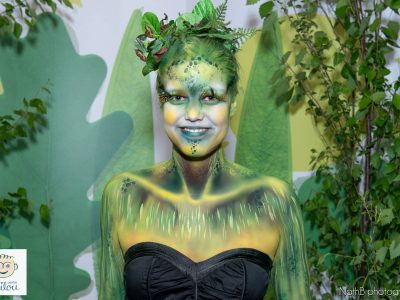 On June 15, 2018, 586 guests came together at Fairmont The Queen Elizabeth for PhilouCity. Under the theme Boréalie, this evening, which would not have been possible without the contribution of 6 Chefs from prestigious hotels, made it possible to raise $312,000.

On behalf of the families and their children, on behalf of all the team members who work with love and ardor at Centre Philou, we thank you from the bottom of our hearts for believing in us, for giving us the courage and energy to continue to grow.

Make a donation
In Memoriam
Get involved